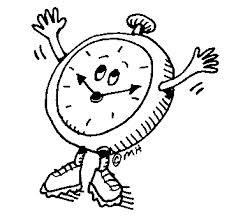 With that in mind, it makes sense to try to bid during which times which are least-likely to be highly competitive. After all, why get involved in bidding ways with 10, 20 or 30 other bidders at a time if it can be (somewhat) avoided?

In general, the busiest hours for penny auctions are hours when bidders are not at work (although we’re sure plenty of bidders probably keep busy at work by bidding) and are not sleeping. This means that the least-busy times (local) on most penny auctions are as follows:

The above times basically account for time zone differences and assume that the penny auctions you’re bidding on are only being bid on by others in the USA. If you’re a night-owl or have the ability during weekday working hours, there may be opportunities out there to get some bidding in which the auctions aren’t hot.

Why ‘slow’ times are not always the best

The more-established penny auctions are well-aware of busy vs. slow times and likely adjust the quantity of penny auctions accordingly. It’s fairly safe to assume that an efficient penny auction would adjust the volume of auctions each hour based on the number of bidders during that hour. Because of this, a bit of research (on your part) is needed.

Observing the auction-frequency patterns of small and mid-sized penny auctions is fairly easy to do since the auction volume is pretty low. A good way to do this is to come back to the site each hour and see how many auctions are set to start within that hour. For the most part, you’ll see auction volume increase significantly during peak times and decrease during off-peak hours. In fact, some of the small auction won’t even start auctions during some off-peak hours.

So when is the best time to bid?

The best time to bid on any penny auction varies based on the penny auction. To become an efficient bidder, you need to familiarize yourself with each auction website. Specifically, you need be mindful of the number of auctions which run during different time periods and compare that to the competition. There are definitely time periods which are better to bid than others.

For the large penny auction websites like Quibids, it’s much tougher to effectively find the best bidding times. We recommend this analysis only for medium-sized penny auctions such as HappyBidDay.