Best Time for Bidding on Quibids?

Best Time for Bidding on Quibids? 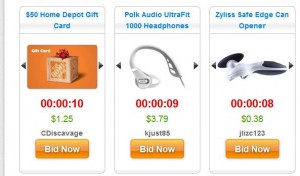 In the past, we’ve talked about the importance of timing your bidding on penny auctions. When it comes to bidding on Quibids, we recommend the same general strategy. In short- the best time to bid on Quibids is when there is the lowest ratio of bidders to auctions.

Since Quibids.com is such a large penny auction website, it’s sometimes hard to determine the auction volume since there are usually quite a few auctions running at all times. So what’s a bidder to do?

Bid on Quibids During Off-peak Hours

When developing a timing strategy for a large-volume penny auctions such as Quibids, we recommend taking a KISS (Keep It Simple, Silly) approach. In general, our recommendation is to bid on Quibids during 2am and 9am Eastern because these are the hours where penny auction across the board are least busy.

Take Advantage of the Tail-end of High-ticket Auctions

While we always recommend (especially for newbies) bidding on lower-ticket items, we feel that trying to catch the tail-end of the high-ticket auctions is the only way to logically bid on them. By beginning your bidding at 2am, you’ll have access to some of the long-running auctions from the previous day. The hope is that any bidders still in the game are too heavily invested to stay-in for long.

We’ve seen auctions end really high on Quibids. While long-running penny auctions are risky to participate-in, they can be good opportunities to a fresh bidder willing to invest a good number of bids in closing out the auction.

Bidding in the wee hours of the night takes some stamina which is why there is opportunity to exploit other bidders who just can’t hang. Much of your competition may be less-aggressive as staying up all night to win an auction may not be an opportunity (especially if they have a day job!). Most bidders get started in the early evenings so by the time midnight (local time) comes around, fatigue sets in no matter how many bids they have. While they can always set auto-bidding tools, many will be less aggressive when they can’t check-up on their auctions.

When not to Bid on Quibids Auctions

While there is no set time which is always best, the late-night bidding approach on Quibids seems to be the most strategic as a whole. We feel that rush hour (early evening) is definitely the most competitive and taking advantage of low-hanging fruit is probably least-likely. Even though Quibids runs tons of auctions at these times, it becomes harder to bid strategically when so much is going on. 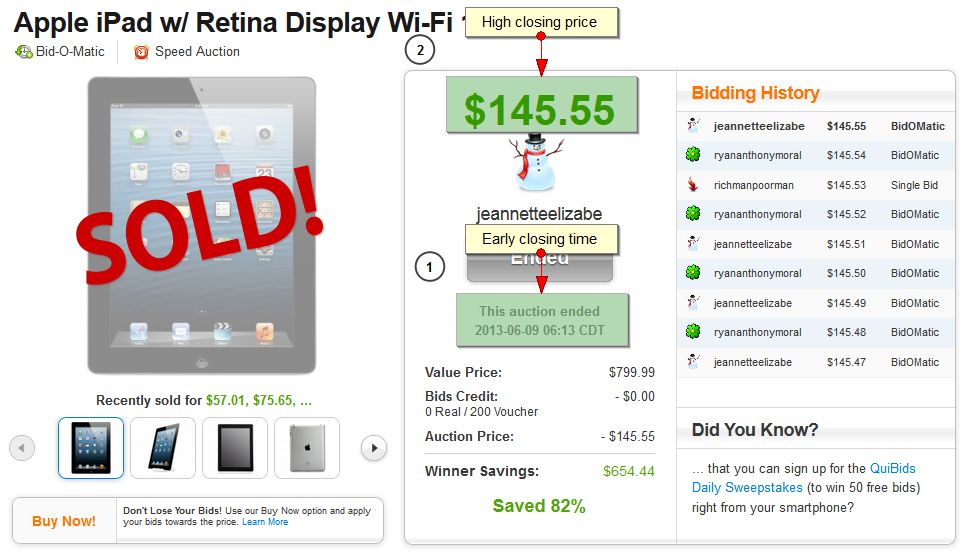